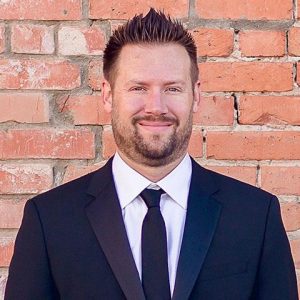 In 1999, Eric Marcus began his IT career the same way most do: at a software development company. While he only stayed there for two and a half years, his timing couldn’t have been better. The company was undergoing a period of rapid expansion—growing from 20 to 150 employees—and Eric grew a great deal during this time as well. He quickly racked up certifications and management skills, eventually landing in the role of IT Director.

Today, he’s been running his own MSP, Marcus Networking, for 19 years. This is the story of how he took his learnings as a frustrated IT service client and parlayed them into creating a successful MSP with an unmatched client Service Level Agreement (SLA).

Learning what not to do

In his role as IT Director, Eric worked with a number of IT service providers. Today, he credits this part of his career with teaching him exactly how an MSP shouldn’t operate. Being on the client side of that relationship, he found the experience frustrating. “I was working with a

cabling company, a phone system company, router providers… I basically had to have someone for each of the 10 things I needed as the IT Director,” he says. “I got tired of it because at times, it became a blame game; the cabling company would say, ‘Hey, it’s not our cabling that’s the problem, it’s the phone,’ and the phone guy would come out and say, ‘The cabling’s the problem.’ I realized there’s a big void in our industry as a company to provide all of those services under one roof.”

Eric knew there was a way to eliminate this back and forth: by offering one umbrella service for every IT need. In other words, it was time for him to build a state-of-the-art MSP. His mission was simple: to build a boutique technology and telecom company that would offer all IT services to its clients. In 2002, he did just that, and Marcus Networking was born.

Eric won his first few clients pretty quickly through word of mouth, when some of the investors from the company he was leaving caught wind of his new venture and hired him to work for their companies as a consultant.

While the MSP industry looked quite different in 2002 than it does today, there was a surprising amount that was as true then as it is now. For one, Eric understood that in order to gain a competitive advantage, he’d have to focus on delivering unmatched service times.

“When I first started, I was primarily focused on serving the medical industry,” he says. This choice was intentional. He understood the urgency of losing network access or having internet connection issues in a medical setting. “We made a point of being very quick to respond to our clients and build our book of business that way,” says Eric. “All of our competitors at the time had one or two hour SLAs, and I was selling 15 minutes or less, saying, ‘Just call me and we’ll get things moving.’”

Being able to deliver on this promise set Marcus Networking apart from its competitors very quickly. The company’s clients, mainly doctors, realized how little friction they’d have to experience while working with Eric and his team, and as Eric tells it, the strategy “spread like wildfire” through the local medical community.

Expanding into other verticals

While a 15-minute SLA was especially beneficial to clients in the medical world, it wasn’t long before word of mouth brought in prospects from other industries. Before long, Eric and his team were expanding their operations to serve customers in a number of verticals: from construction to hospitality to waste management and beyond.

Having started the company on the basis of serving a complex customer profile whose needs were demanding by nature, Eric found that the guidelines and operating structures he and his team had in place translated remarkably well to clients in other industries—in fact, they were able to lower their SLA even further, to an astounding five minutes. “Today, our average hold time is less than one minute,” says Eric. “That’s a huge differentiator for us, and it’s why we’ve had such great longevity and low attrition with our clients.”

This level of service is possible through Eric’s “direct to tech” approach, which not many MSPs do these days. This means that when clients call in with an issue, they’re immediately put through to someone who’s ready to work on the problem with them, rather than creating a ticket and giving an estimated window of time when they can expect to get a response back.

Sticking to this methodology of problem solving attracts customers that value a quick response, but it also drives Eric’s hiring strategy. “Every day we’re evaluating whether we have enough staff to manage our ticket and phone call volume,” he says. He also intentionally hires people who are willing to take initiative and dive into problem solving head-first.

Though Marcus Networking’s client base is diverse, there are commonalities that make for a great client-provider relationship. “We’ve been able to build a level of trust with our best customers that allows us to make better decisions for them than just being a break/fix company,” he says. Our best customers trust us to help them make the best decisions for their future.”

Eric has a loose formula for how to spot those great clients at the prospecting stage. “I always try to gauge, ‘Are we going to get along? Do we share the same methodology? Does being budget-conscious mean the same thing to us?’” The technology aspect of it doesn’t matter so much; it’s more about aligning on the vision for the future.

Being intentional about finding clients that are the right fit has resulted in great retention and low attrition—both with clients and employees. “One of the things I’m most proud of is that, across the board, our retention is so extremely high,” says Eric. “We still have clients from 19 years ago, and we also still have some of our earliest employees working with us today.”

Of course, there are two sides to every coin, and building a business on an unmatchable SLA means that it can be hard to find the right staff. “We have to find employees who have the right technical abilities,” says Eric. “Staffing has been a challenge for us as we continue to grow.”

Even though it has at times been challenging to find the right employees for Marcus Networking’s unique business strategy, Eric is tremendously proud of the team he works with today. “I really enjoy coming in every day and seeing everyone grow, not only from a technical aspect, but also from a personal growth standpoint,” he says. “We’re a company of 18, so it’s been great to really get to know one another that way.”

Eric has encouraged his employees to grow by learning to take a backseat when it comes to problem solving. “Sometimes you want to be involved, but I’ve realized over time that the best way to lead is to give my staff guidelines for how to operate and have them run with it,” says Eric.

When thinking about future success, Eric’s goals are a little more abstract than most. “We’ve come so far in terms of building our client base,” he says. “We’ve won some of the biggest clients in Arizona, so when I think of where I want us to be, it’s just a matter of growing to serve those same clients—and our employees—better.” For Eric, that means expanding Marcus networking’s portfolio of services, and continuing to focus on how he can continue to improve things like employee benefits.

No matter what the future brings to Marcus Networking, Eric is certain his staff will handle it with ease. “We’ve built a platform that’s replicable and industry-agnostic. The technology that we’ve invested in plays a really important part in that, and it allows us to continue to focus on great service as our number one differentiator.”

8 Reasons to Transition Your Company Files to the Cloud

You’ve Been Hacked — Now What?